“Do not lose heart. I will never forsake you. My Immaculate Heart will be your refuge and the way that will lead you to God.”
[Blessed Virgin Mary to Lucia Santos]

Devotion to the Immaculate Heart of Mary can be traced back as far as the 12th or towards the end of the 11th Century through a sermon by St. Bernard on regular devotion as well as through other Saints’ dialogue around this time and meditations on the Ave Maria and Salve Regina. The main origin of the first Saturday devotions came from Our Lady of Fatima and her appearance to the three shepherd children of Fatima, Blessed Francisco & Jacinta Marto with their cousin, Lucia Santos. In one such apparition, Mary asked that the five first Saturdays be devoted to her immaculate heart to  make amends for the offences committed against it by the blasphemies and ingratitude of men.

Between 1942-1944, Pope Pius XII consecrated the Church and the world to Mary’s immaculate heart and established the Feast of the Immaculate Heart, which was originally on August 22, later moved (post-Vatican II) to the now recognised day of the Saturday following the Feast of the Sacred Heart of Jesus in June. 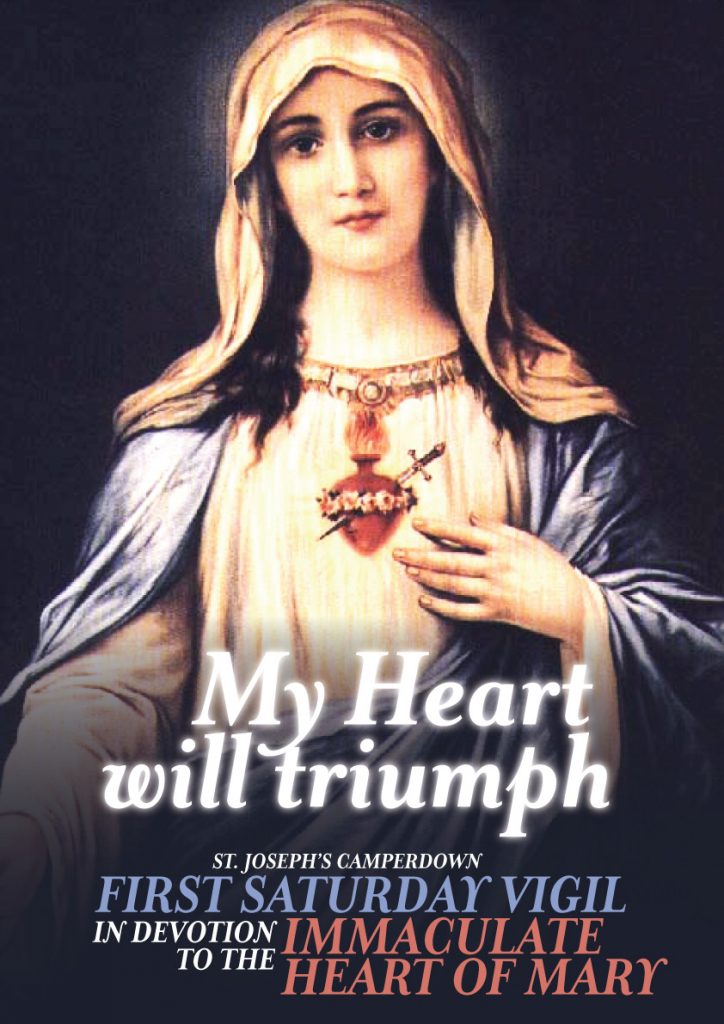