The baptismal font in the Church was designed and erected by renowned Australian sculptor Tom Bass in 1959 and is one of many objects that form the parish’s history. Tom converted to Catholicism prior to designing and sculpting the font; below is an excerpt of the meaning behind the design:

Soon after I’d begun the period of instruction I was asked by Father Roger Pryke if I would make a font for his church in Camperdown. In preparation for my own baptism I was considering what baptism really signified, so the font came to embody all those things which were happening in my life at that point.

The idea of baptism, as I came to understand it, was originally an immersion, a kind of symbolic death. So the base of the font that I made has seven portals in it, which stand for the seven deadly sins. After the immersion, one is symbolically buried in the tomb with these seven deadly sins. Out of the tomb of sin rises the resurrection column which supports the font.

The font itself represents the waters of baptism, and swimming in it is the crucified Christ in the form of a fish stabbed by a cross. With its circular structure the font cover represented the universal Church. It had twelve portals for the twelve apostles and they stood for the twelve broad categories of people for whom the Church provides an entry.

The sculpture as a whole expresses the death and resurrection process: the immersion is the death, followed by the descent into the tomb of sin, then the resurrection through the waters of baptism into the Church. Regardless of Church authority and structures, or any theological interpretation, I feel that is a valid rite of passage; it’s larger in its meanings and implications than the institutional Church. 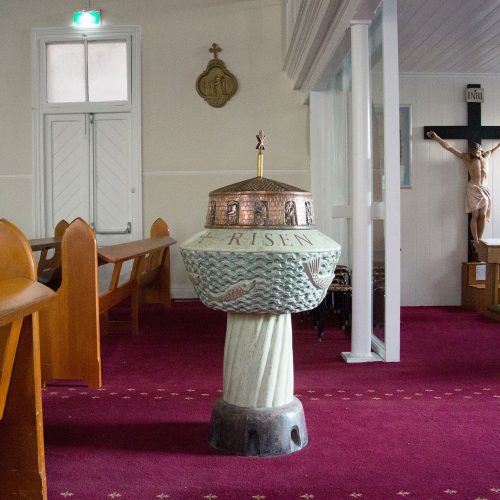 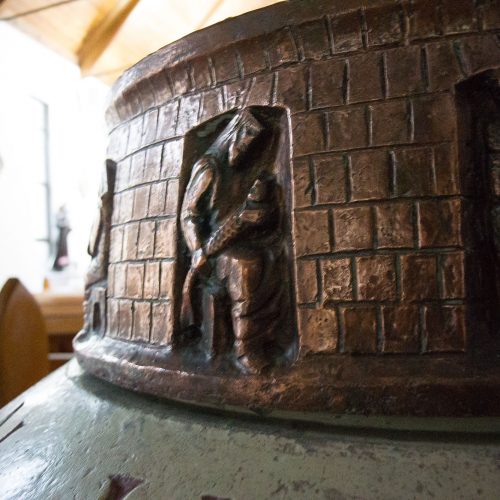 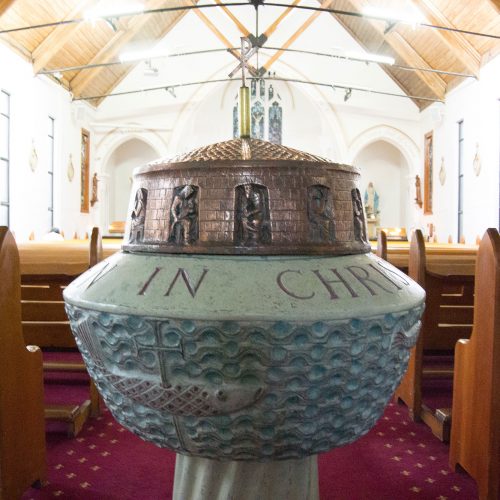 The sleeping St. Joseph is a statuette placed on the altar and a recent addition to the parish. It has significance and meaning which is explained below by the Holy Father, Pope Francis:

On my desk I have a statue of St. Joseph sleeping. While sleeping he looks after the Church. Yes he can do it. We know that. When I have a problem or a difficulty, I write on a piece of paper and I put it under his statue so he can dream about it. This means please pray (to St. Joseph for this problem). 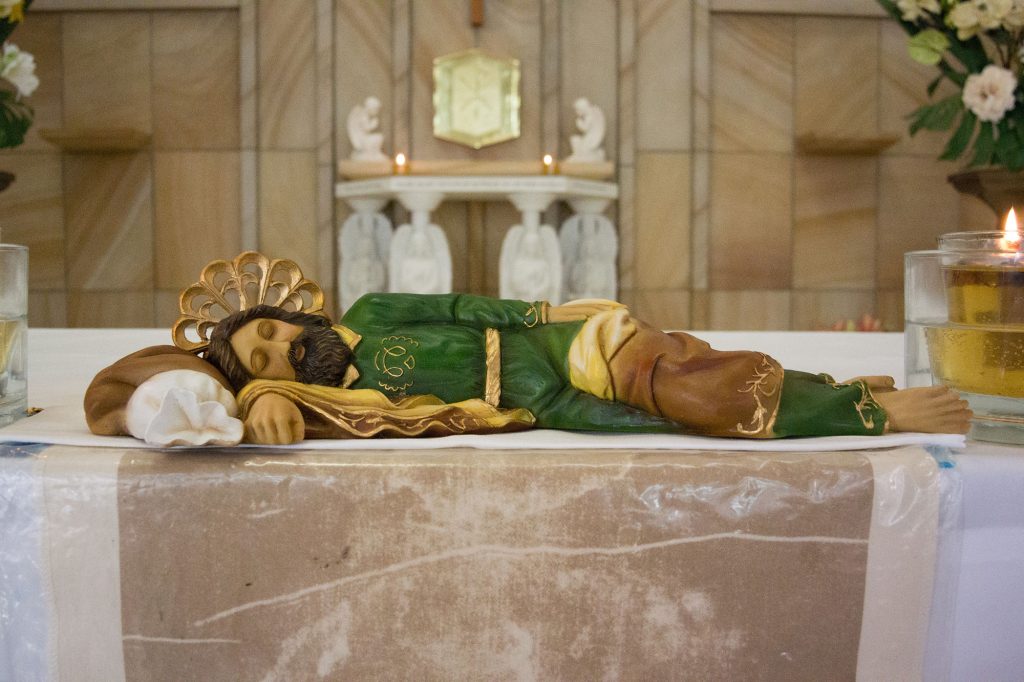 For more information on objects in the Church and their meaning and history, check back for future updates to this page or contact us at the parish.